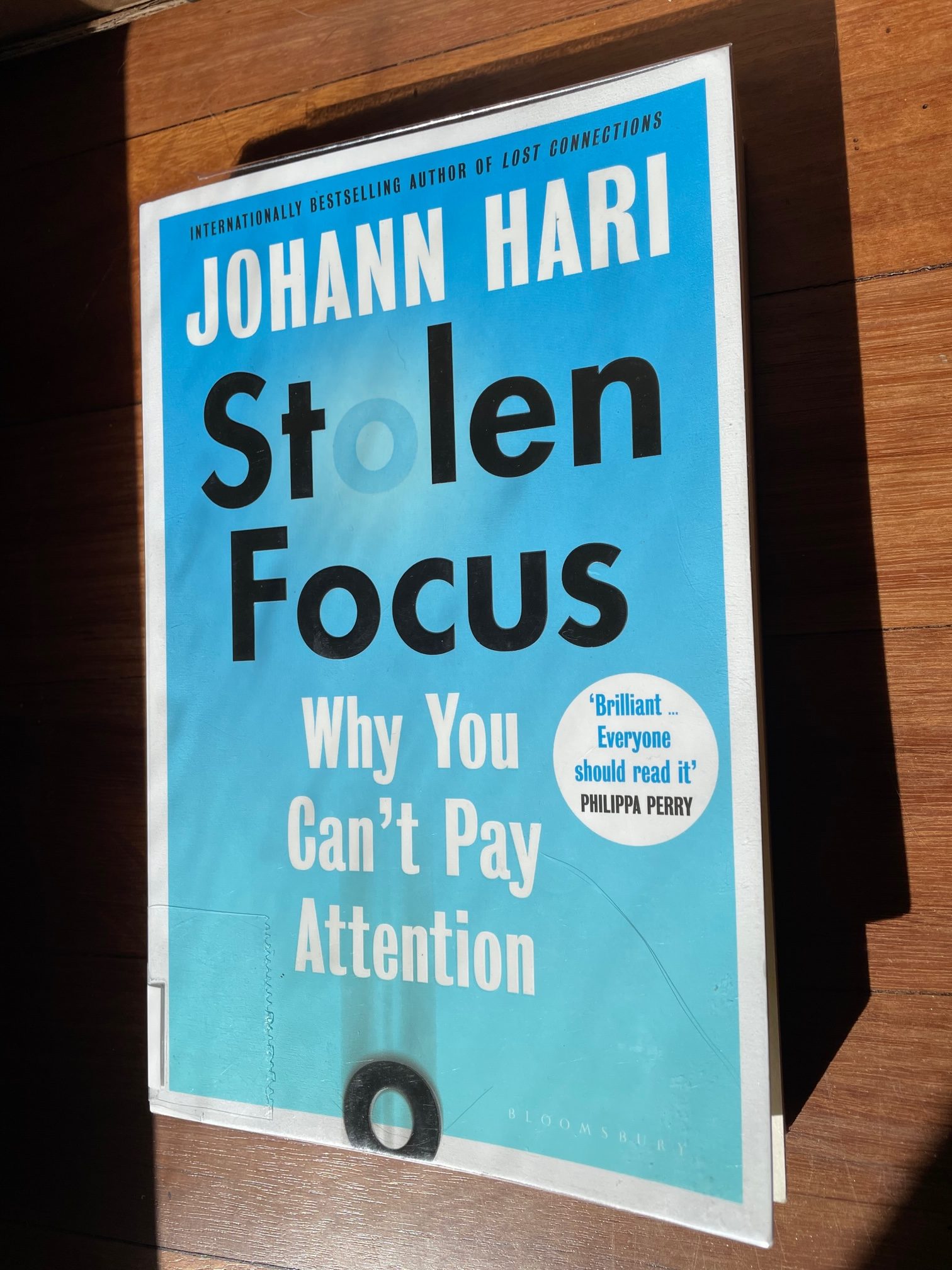 We’re told to be ‘great writers,’ we need to be a ‘great readers’. But what happens when our own desire and capacity to read deeply, departs? How can we expect others to be absorbed by our words and books, when we struggle to be absorbed by the words and works of others? What’s causing this struggle?

Chapter 4 of Johann Hari’s book Stolen Focus is titled ‘The Collapse of Sustained Reading’. And even to get to Chapter 4 I’d already found myself putting the book down multiple times to answer emails and texts, check the headlines, grab some food, stare out the window – and other miscellaneous non-readerly things.

Hariri quotes a Gallup statistics poll that found “some 57% of Americans do not read a single book in a year,” and that the “average American spends seventeen minutes a day reading books compared to 5.4 hours on their phone”. It’s likely this is similar for readers from other countries too.

Have you found over the last few years that your attention levels have plummeted and it’s harder and harder to get through novels and non-fiction, even though you love reading?

Are you distracted by emails? The latest tweets? Scrolling through online videos? The latest TV news? The call of a new streaming service or podcast?

And are you finding that you’ve become part of the DNF crowd… ie: readers who ‘did not finish’ a book.

I think there are great reasons to DNF, after all, life’s too short to stick with a book that’s:

Or do we DNF because there is just so much choice out there, so many books and blogs, so many distractions and too many to-do’s on our lists? Are we being lulled into intellectual laziness by the constant demands on our attention and time?

And then you need to commit. Commit to giving yourself blocks of time, free of distraction.

Time to read. Time to write.

And when it comes time to publish, be sure to deliver a book so worthy of readers that they won’t be able to put it down.